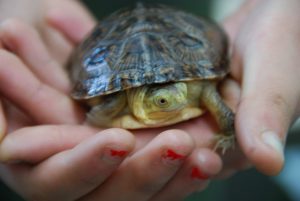 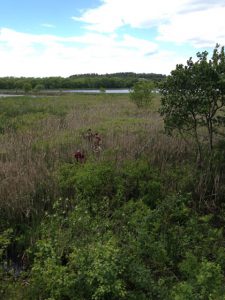 The CCHS Environmental Field Studies Group was one of the first schools to participate in the Blanding’s Turtle Headstarting project, coordinated by Grassroots Wildlife Conservation.  Students and faculty advisors have successfully raised over 30 turtle nestlings since 2010.  These nestlings have been released in Great Meadows National Wildlife Refuge (Concord, MA) and in two locations – Estabrook Woods (Concord and Carlisle, MA) and the Assabet River National Wildlife Refuge (formerly part of Fort Devens), where GWC is fostering new populations of Blanding’s turtles.

This project offers opportunities for students to learn how to care for turtles so that, over eight months, the turtles grow to the size of 3 to 5 year old turtles by the time they are released.  These larger turtles have a much higher rate of survivorship than newly hatched turtles in the wild.  CCHS participation in this project is helping to restore this rare species listed as Threatened in Massachusetts.